A New Understanding of the Christian Faith and Way of Life 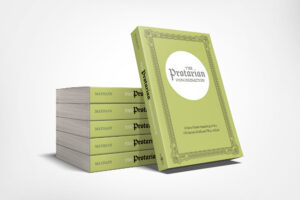 There is a group of people who believe what Jesus and his disciples understood to be true is very different than the modern church’s interpretation of the Christian faith. These people are also concerned about rising persecution, violence, and political instability—particularly for Christians with a strict interpretation of the Bible. Because of that, they’re working together to ensure a stable future for their families. Like the Amish or Mennonites, they have a distinctive Christian faith and way of life.

This group of people calls themselves Protarians. They are a new organization, arranged by tribes and formed in response to increasing threats from those who reject the God of the Bible and the natural order of Creation as it was intended. With nearly every institution in the world—churches, universities, governments, and corporations—drifting leftward towards a more tolerant and “inclusive” mindset, Protarians are moving in the opposite direction. In fact, they are racing towards something far beyond what might be defined as conservative.

For those who’ve left their church as it caved in to the demands of the world, for those who’ve lost their jobs for their beliefs, for those who feel they’ve lost a sense of people and place—Protarians may offer some much needed relief. As many nations are overrun with multiculturalism and diversity, the Protarians’ focus on tribe and belonging addresses a wound many have felt but couldn’t quite describe. Their brutal honesty on politically sensitive topics like race or gender feels overdue, a conversation that should have started long ago.

Despite their beliefs, they are a very normal group of people. They don’t profess a special understanding of mysteries hidden within the Bible. They don’t have any charlatan leaders who claim to have prophetic gifts or predictions about the end times (In fact, they forbid such things). In short, they would make for a horrible cult.

Protarians are simple Christians who are joining together in defiance of the wickedness of the world. They are hated by many, a designation readily accepted for the reward of belonging, security, and the hope of a joyful future. If you and your family feel alone or abandoned for making a stand for your beliefs, one of the tribes of the Protarian denomination may be worth a look.