Sorrow of the Godmakers

Magic, Mystery, and the Death of the First Commandment 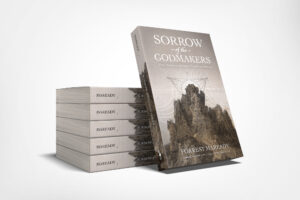 You shall have no other gods before me. Does the first commandment serve any purpose for Christians today? What if the first commandment was meant to serve against a much bigger danger to Christianity than just the gods of Egypt and Rome? What if it was considered paramount because of a very specific threat that still torments the Christian faith today?

Sorrow of the Godmakers proposes that superstition—specifically human conjecture about the nature of God—has always presented the greater peril. What God put simply, humans would complicate. What the Bible stated clearly, philosophers and theologians would confuse. The one God of the Old Testament was refashioned into a three-personed deity even the world’s greatest pastors cannot explain. Godmakers tells the incredible story of how the first commandment, meant to curb and such conjecture, has suffered unlike any other, essentially put to death by the philosophers and theologians who claim to be its greatest defenders.